Many know and use hot or red chiles in their workings. However one day a couple years ago a product caught my eye at a mexican botanica store, a Green Pepper Novena Candle. Peppers are called pimente or pimenta in spanish and closely in other languages, but they are not all spicy. An Anaheim, Ancho, or Poblano variety, are less spicy.

Hot pepper more aggressive, commanding and protective and add hasten or to quicken a spell, but can cause explosive relations: too much passion or quarrel, burning akin to needles or a thorn. As I have seen them added to love spells cinnamon might also be a better option as peppers are bitter, acidic fruit. 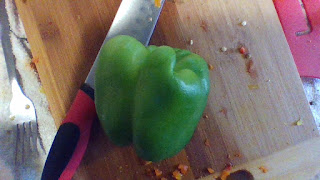 Peppers are part of the nightshade family of plants like potatoes, tomatoes, eggplant and the deadly often poisonous belladona herb. People used to beleive tomato was poisonous, and potato if green or gone bad can kill people.

Green or Red Bell peppers can be used in Desire work for love as they are sweet. Usually a persons object of affection or partners photo are placed between the two cut halves, then fixed shut. The vegetable is used as a spell container or jar.

I have on good authority in the area of southern Texas to Mexico they are fixed with chile, cinnamon, ant hill dirt, and honey to make them think of you. Then wax is used to seal them shut of the desired color. 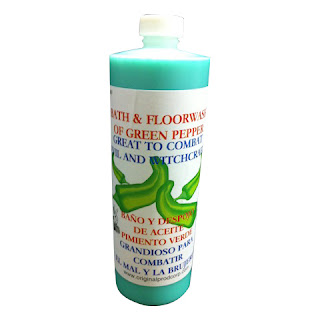 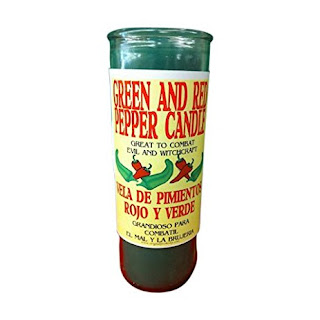 I have also seen a green pepper floorwash or they can be placed at the doorstep to cleanse and maintain the home or business. To make your own you can boil a few sweet peppers, and then blend them or with a hand mixer diluted with the water, then strain.

I have also seen a green pepper bath!
Hot peppers are usually passed over the body as a more agressive form of cleansing in many native traditions.
They can be burnt in a mixture to dispel evil along with other herbs.
Of course other preperations such as oils, herb mixes in mojos are used.

I seen a lamp to the Lwa Dantor with sweet red pepper for love, money, to break obstacles. Giving her pork or hot peppers will make her "hotter" and more dangerous to work with, especially for the untrained or unassociated.
For bell or sweet peppers color is important, I seen green and red peppers floating in a lamp for her. Green is close to blue in spectrum. Some also use yellow, I assume this lamp was to sweeten the Lwa or was for love or green some use as a color intended for money. I have seen colored powders used for her veve in Haitian Vodou with blue yellow red and green colors. 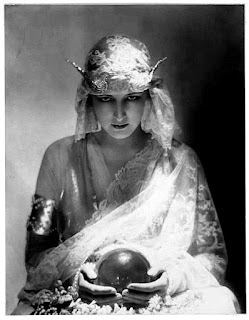 Sanscista Siete Encruzhiladas
I practice Sanse which is the puertorican branch of folk spiritism:espiritismo, and Vodou